This page includes examples of creature’s sizes, space they occupy, and various area-of-effect templates to aid you in visualizing combat and encounters.

Some spells affect an area. Sometimes a spell description specifies a specially defined area, but usually an area falls into one of the categories defined below.

Regardless of the shape of the area, you select the point where the spell originates, but otherwise you don’t control which creatures or objects the spell affects. The point of origin of a spell is always a grid intersection. When determining whether a given creature is within the area of a spell, count out the distance from the point of origin in squares just as you do when moving a character or when determining the range for a ranged attack. The only difference is that instead of counting from the center of one square to the center of the next, you count from intersection to intersection.

The cards are correct. As an exception to the way that diagonals normally work, a creature with 10 feet of reach threatens the second diagonal. These changes will be reflected in the next errata.

Just because things are normally expressed on a flat grid doesn’t mean they’re actually flat. Any effect with a radius affects a sphere, not a circle. A cone is a 3d area. A line is a line, not a plane.

Areas of Effect and Larger Creatures

The rules often assume that creatures are Medium or Small. In the case of a handful of spells or effects with areas that feature a “radius emanation centered on you” such as antimagic field, aura of doom, and zone of silence, as well as some of the spells presented in this section, this can result in an area that is effectively useless when coming from a Large or larger caster. As an optional rule, when a creature casts an emanation or burst spell with the text “centered on you,” treat the creature’s entire space as the spell’s point of origin, and measure the spell’s area or effect from the edge of the creature’s space. For instance, an antimagic field cast by a fire giant would extend 10 feet beyond his space (effectively increasing the emanation’s radius by 5 feet).

In the cone templates below “C” is the caster of the spell or the origination point of the effect. If “C” is replaced with (c) that indicates that the caster may choose one of the (c) positions.

A line-shaped spell shoots away from you in a line in the direction you designate. It starts from any corner of your square and extends to the limit of its range or until it strikes a barrier that blocks line of effect. A line-shaped spell affects all creatures in squares through which the line passes.

In the line templates below “C” is the caster of the spell or the origination point of the effect.

A creature’s size comes up frequently. Here is some of the more commonly required information. Below this table are several diagrams showing a creatures space, reach, and reach wielding weapons.

* Individual creatures vary from this value as appropriate. 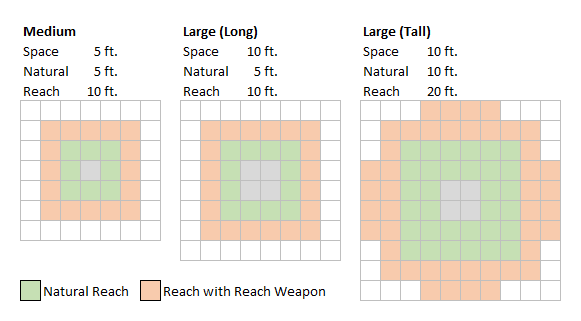 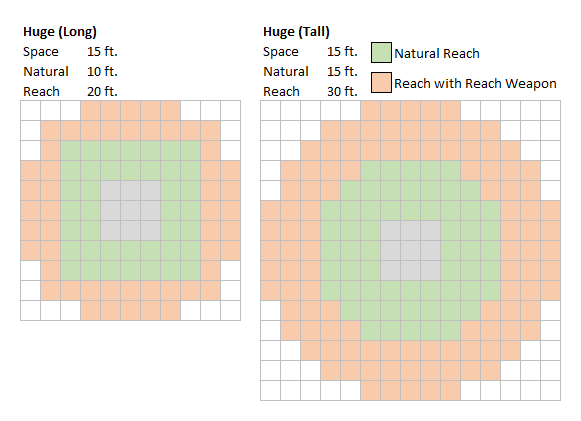 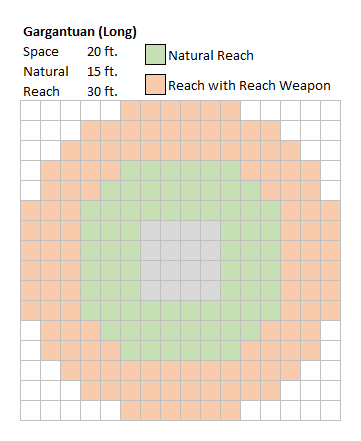 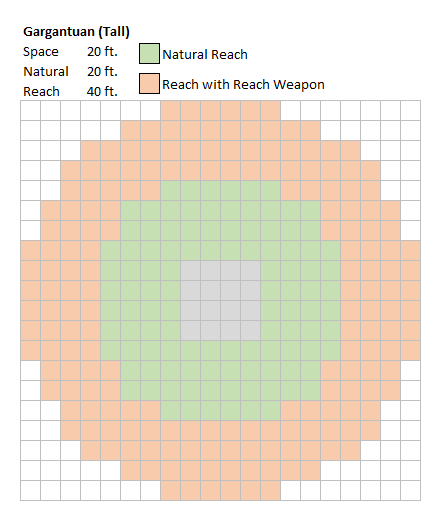 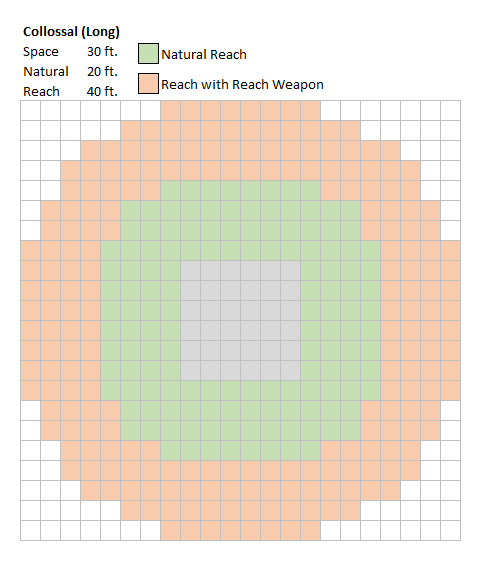 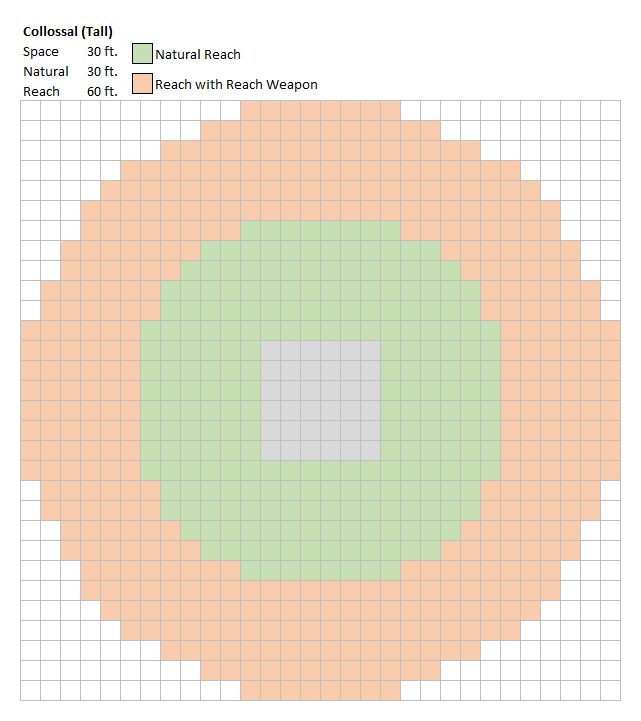