The bogborn alchemist is an archetype of the alchemist class, available to grippli alchemists.

Some grippli alchemists are particularly attuned to the swamps and the dangerous creatures that inhabit them; these serve as their laboratories and research subjects, respectively.

A bogborn alchemist has the following class features:

At 1st level, when a bogborn alchemist uses a mutagen, he may choose to have his mutagen form enhanced for aquatic movement. This gives him the amphibious special quality, his feet elongate, and the webbing between his fingers and toes expands, granting a swim speed of 15 feet. This replaces throw anything.

A bogborn alchemist can select the toxic skin grippli racial trait in place of an alchemical discovery.

The following new discoveries can be taken by any alchemist who meets the prerequisites, but are more common among gripplis. 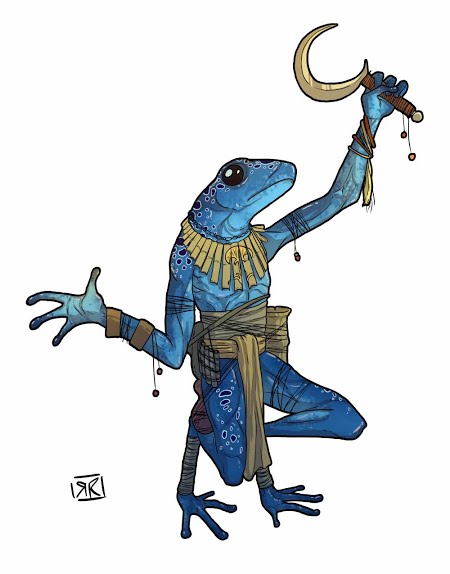