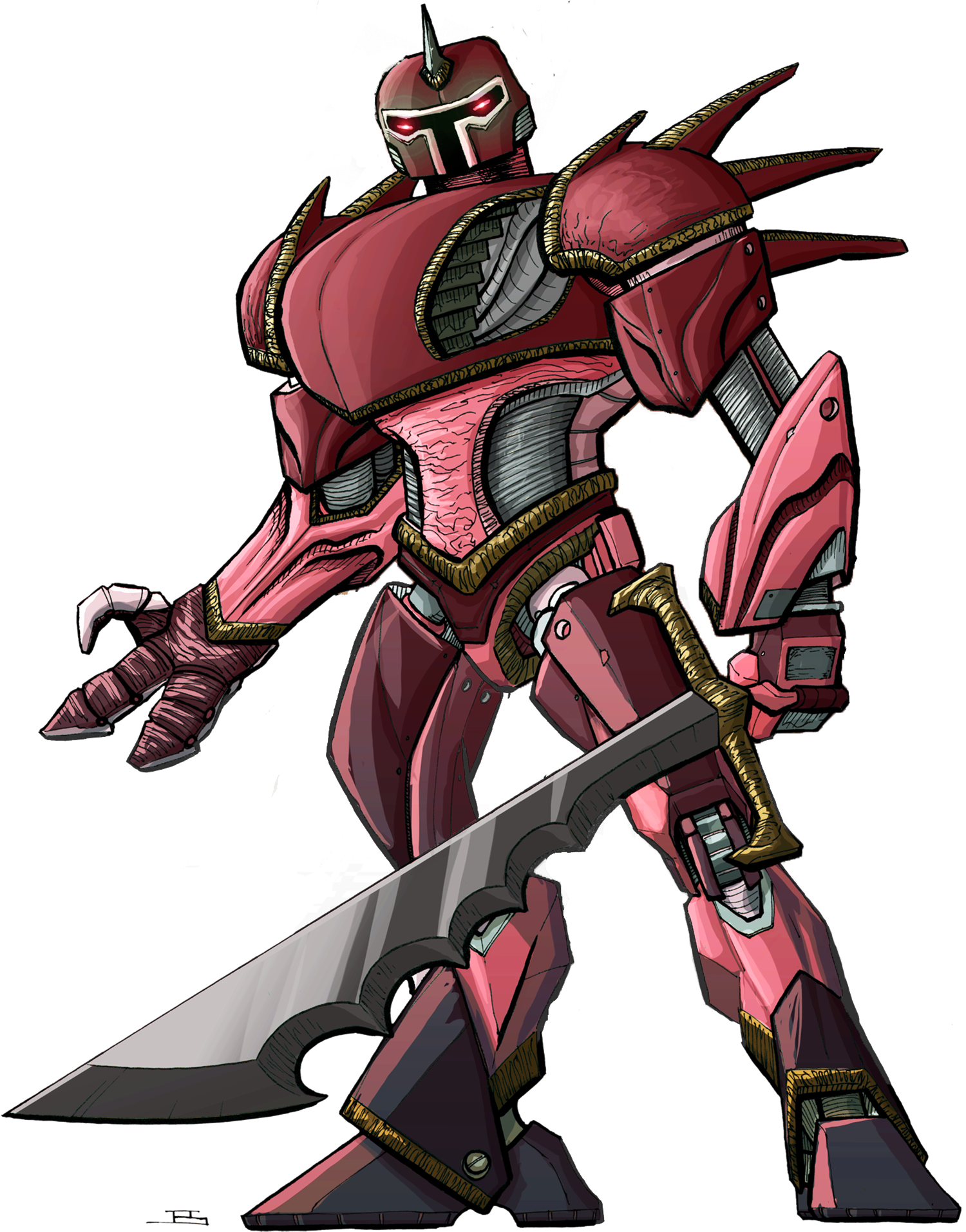 Shattered worlds tech armor is a rare suit of masterwork fullplate that has been modified with otherworldly technology that a character familiar with workings of the equipment can maximize over time.

Each suit of shattered worlds tech armor has 5 minutes of charge per day. As an immediate action, the wearer can activate one of the following supernatural abilities for up to 1 minute. As a full-round action, the wearer can instead activate 1 ability for up to 5 minutes, or up to 5 abilities at the same time for 1 minute (spending 1 charge per ability).

Restrictions: The armor’s otherworldly construction prevents the wearer from gaining the benefits of any other worn magical equipment (except ring-slot items) while it is worn, but the armor itself can be enchanted as normal.

If wearing shattered worlds tech armor piecemeal, the armor is divided into arms, helm, legs, and torso. Each piece has 1 minute of charge and can share charges when worn together with other pieces. Wearing all 4 pieces grants the 5th charge and access to the bonus against fear. The armor otherwise functions as full plate once the arms, legs, and torso are assembled.

A character with at least 5 ranks in both Knowledge (engineering) and either Craft (armor) or (mechanical) can spend 2 days of downtime and 2,750 gp to upgrade the armor to its 1st level, gaining the benefits listed under features in the ‘Shattered Worlds Tech Armor’ table below. Characters upgrading the armor are not required to have the Craft Technological Item feat, since they are merely activating new areas of the armor’s inherent power.

For each level the armor is to be upgraded beyond 1st, the character must provide the listed upgrade cost and have ranks in Craft (armor) and Knowledge (engineering) equal to the level +4. Each upgrade requires 1 day of downtime per 1,000 gp of the cost (rounded down).

A character who wishes to upgrade more than one level at a time must pay the difference between their current level’s total cost and the total cost of the new level to which they are upgrading in both time and gold. For example, if Robert wishes to upgrade his armor from 2nd level to 4th, he must have 8 ranks in Craft (armor) and Knowledge (engineering). He would pay 11,000 gp and spend 11 days working on the upgrade.

The following class archetypes and members of the shattered worlds tech champion prestige class are given access to additional upgrade options.

Once the armor is upgraded to at least 2nd level, the wearer can cast scorching ray once per day as a 5th-level wizard. This increases to 3 times per day at 5th level, and at will at 9th level.

This upgrade requires the arms or torso.

Once the armor is upgraded to at least 3rd level, the wearer gains a +2 enhancement bonus to her Strength and Dexterity scores. This increases to +4 at 7th level, and +6 at 10th level.

This upgrade requires the arms.

Once the armor is upgraded to at least 4th level, the wearer can cast fly up to 3 times per day and fly for up to 5 minutes with each use.

This upgrade requires the legs.