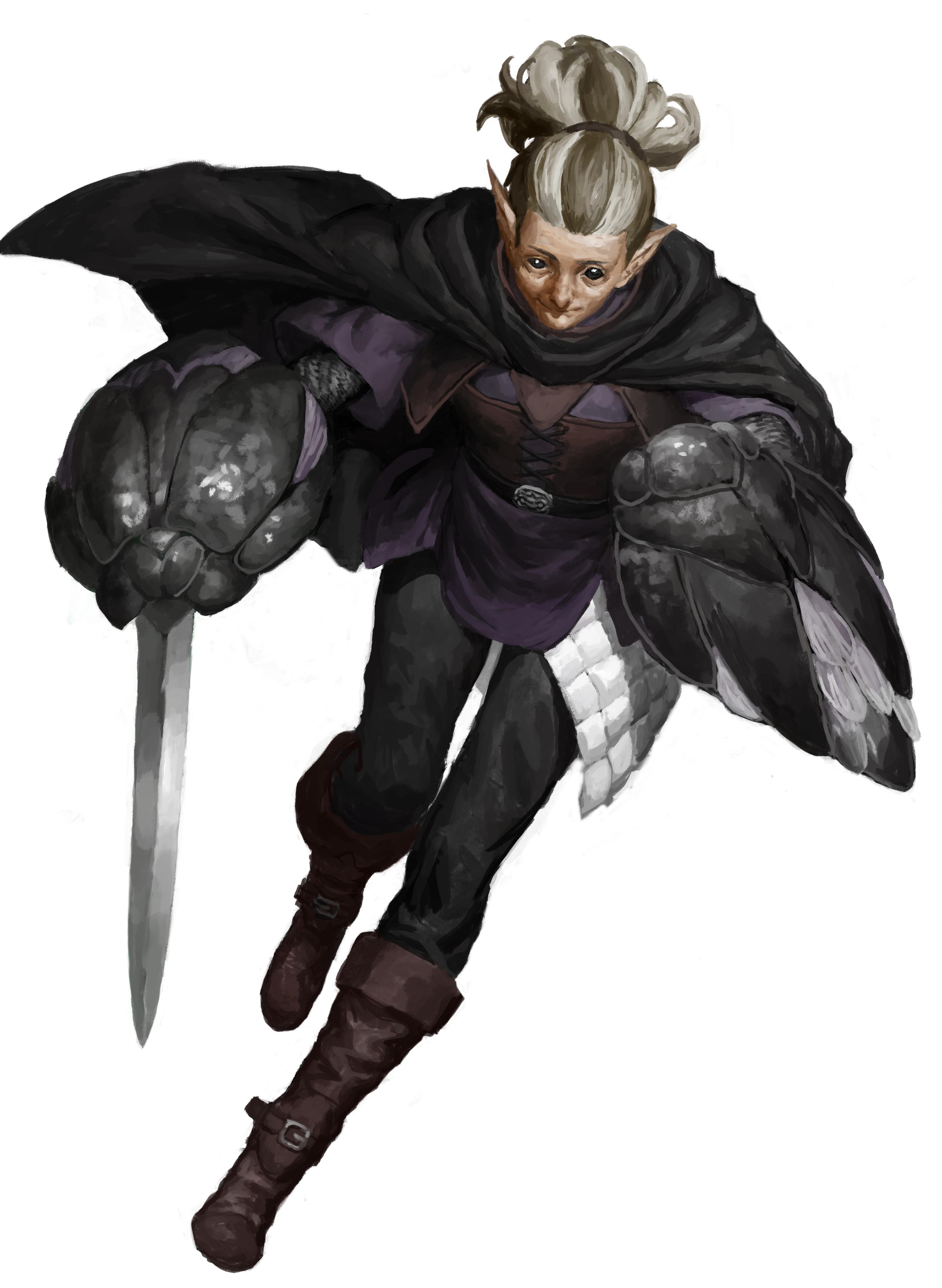 Important people often need protection. From merchant caravans and adventuring parties to princesses and kings, the need for a bodyguard is something that is in high demand. When a loyal, vigilant defender is needed, many turn to the protective expertise of barrier sentinels.

Role: Barrier sentinels are living walls that specialize in withstanding any type of offense. Well trained and disciplined, sentinels protect their party by drawing enemies’ attention and punishing them for going after their allies.

Note: The barrier sentinel is an alternate class for the unchained barbarian class.

Alignment: Any non-chaotic. A barrier sentinel who becomes chaotic loses the ability to focus and cannot gain more levels as a barrier sentinel. She retains all other benefits of the class.

All of the following are class features of the generational hero.

A barrier sentinel is proficient with all simple and martial weapons and with all armor (heavy, light, and medium) and shields (including tower shields).

Using barrier focus counts as fighting defensively, but functions differently. The barrier sentinel gains a +2 bonus to her Armor Class (as a deflection bonus) and Reflex saving throws, and a +4 bonus to her Combat Maneuver Defense (CMD). In addition, she takes a –2 penalty to weapon damage rolls. She also gains 2 temporary hit points per barrier sentinel Hit Die. These temporary hit points are lost first when a character takes damage, disappear when she breaks focus, and are not replenished if the barrier sentinel uses barrier focus again within 1 minute of her previous use.

At 1st level, a barrier sentinel gains Combat Reflexes as a bonus feat. She can make a number of additional attacks of opportunity equal to her Dexterity modifier + half her barrier sentinel level (minimum 1).

While using barrier focus, a barrier sentinel can trade her additional attacks of opportunity for greater damage against the creatures that provoke them. At 2nd level, she can trade 1 attack to roll her weapon’s damage dice twice and add the results together before adding bonuses from Strength, weapon abilities (such as flaming), precision based damage, and other damage bonuses. These extra weapon damage dice are not multiplied on a critical hit, but are added to the total.

A full list of focus powers can be found here.

At 3rd level, a barrier sentinel gains a +1 bonus on Will saves and a +1 bonus on Perception checks to avoid being surprised by a foe. These bonuses increase by 1 every 3 levels thereafter (to a maximum of +6 at 18th level). This ability counts as trap sense for any feat or class prerequisite, and can be replaced by any archetype class feature that replaces trap sense. The bonuses gained from this ability stack with those gained from trap sense (if the barrier sentinel has trap sense from another class).

Beginning at 8th level, the creature draws this attack of opportunity even if the ally is not adjacent to the sentinel.

Starting at 4th level, a barrier sentinel learns to be more maneuverable while wearing armor. Whenever she is wearing armor, she reduces the armor check penalty by 1 (to a minimum of 0) and increases the maximum Dexterity bonus allowed by her armor by 1. Every four levels thereafter (7th, 11th, and 15th), these bonuses increase by +1 each time, to a maximum –4 reduction of the armor check penalty and a +4 increase of the maximum Dexterity bonus allowed.

Advanced Armor Training: Beginning at 8th level, instead of increasing the benefits provided by armor training (reducing her armor’s check penalty by 1 and increasing its maximum Dexterity bonus by 1), a barrier sentinel can choose an advanced armor training option. If the sentinel does so, she still gains the ability to move at her normal speed while wearing medium armor at 4th level, and while wearing heavy armor at 8th level.

At 5th level, a barrier sentinel can use barrier focus as a free action. She must still activate focus power stances as a move action.

At 7th level, a barrier sentinel gains damage reduction. Each time the sentinel takes damage from a weapon or natural attack, subtract 1 from the damage taken. At 10th level and every 3 levels thereafter, this damage reduction rises by 1 point (up to 5 points at 19th level). Damage Reduction can reduce damage to 0, but not below 0.

At 11th level, a barrier sentinel’s bonus to Armor Class and Reflex saving throws while focused increases to +3, and her bonus to CMD increases to +6. In addition, the amount of temporary hit points gained when using barrier focus increases to 3 per Hit Die.

At 11th level, a barrier sentinel can use mental and physical resiliency to avoid certain attacks. If she makes a Fortitude or Will saving throw against an attack that has a reduced effect on a successful save, she instead avoids the effect entirely. A helpless barrier sentinel does not gain the benefit of the stalwart ability.

At 17th level, a barrier sentinel is no longer fatigued when she breaks her focus. If she uses barrier focus again within 1 minute of breaking her focus, she doesn’t gain any temporary hit points from her focus.

At 20th level, a barrier sentinel’s bonus to Armor Class and Reflex saving throws while focused increases to +4, and her bonus to CMD increases to +8. In addition, the amount of temporary hit points gained when using barrier focus increases to 4 per Hit Die.