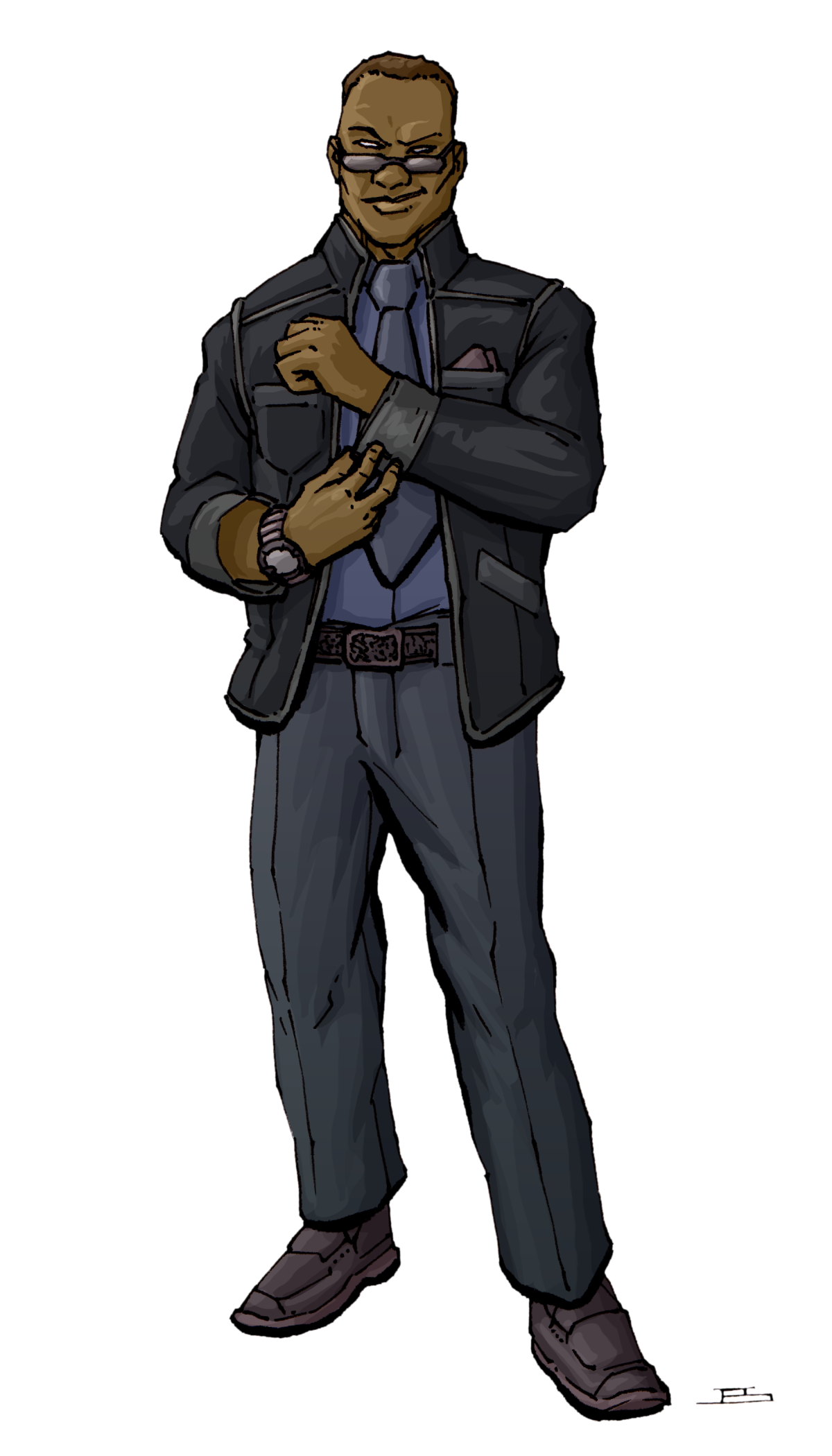 Sorry, I couldn’t hear you over the sound of how awesome I am!

A sterling hero, master of intrigue, and—hold my drink—martial arts legend. The agent elite is the top spy in his guild, stopping the bad guys with flare and saving the day with his genius charm (no, the comma isn’t missing. It’s a thing) and cutting wit. Really, I’d go on, but I think I’ve made my point.

Role: Weapons? Got ‘em. The ability to crush a man’s throat? You bet. A problem with alcohol? Only if it’s gone.

The following are the class features of the agent elite.

Genius Charm (Ex, I told you it was a thing)

An investigator has the ability to augment skill checks and ability checks through his brilliant inspiration. The agent has an inspiration pool equal to 1/2 his investigator level + his Intelligence modifier (minimum 1). An agent’s inspiration pool refreshes each day, typically after he gets a restful night’s sleep. As a free action, he can expend one use of inspiration from his pool to add 1d6 to the result of that check, including any on which he takes 10 or 20. This choice is made after the check is rolled and before the results are revealed. An agent can only use inspiration once per check or roll. The agent can use inspiration on any Knowledge, Linguistics, or Spellcraft skill checks without expending a use of inspiration, provided he’s trained in the skill.

At 1st level, an agent elite counts his total agent elite levels as both fighter levels and monk levels for the purpose of qualifying for feats. He also counts as both a fighter and a monk for feats and magic items that have different effects based on whether the character has levels in those classes (such as Stunning Fist and a monk’s robe). This ability does not automatically grant feats normally granted to fighters and monks based on class level, namely Stunning Fist.

At 2nd level and every 3 levels thereafter (5th, 8th, and so on), an agent elite gains an agent talent. Except where otherwise noted, each agent talent can only be selected once.

A full list of agent talents can be found here.

At 2nd level, when an agent elite attempts any skill check, he can take a drink of alcohol as part of that action. If he does, he can replace his check result with a result of 10 + 1/2 his agent elite level + his Charisma modifier (inspiration spent on the attempt still applies). If he attempts this with a trained only skill in which he is untrained, the agent elite can only use the result above.

At 3rd level, an agent elite can attempt all Knowledge skill checks untrained.

At 4th level, once per day an agent elite can unleash a devastating attack that can instantly knock a target unconscious. He must announce this intent before making his attack roll. If the agent hits and the target takes damage from the blow, the target must succeed at a Fortitude saving throw (DC = 10 + 1/2 the agent’s level + his genius charm modifier) or fall unconscious for 1d6 rounds. Each round on its turn, the unconscious target may attempt a new saving throw to end the effect as a full-round action that does not provoke attacks of opportunity. Creatures immune to critical hits or nonlethal damage are immune to this ability. At 10th level, the agent may use this ability twice per day; at 16th level, he may use it three times per day.

At 4th level, an agent elite gains a +3 morale bonus on saving throws against mind-affecting effects as long as he has at least 1 point of drunken inspiration. This bonus increases by +1 at 8th, 12th, 16th, and 20th level, to a maximum of +7.

At 6th level and every 3 levels thereafter, an agent elite gains a bonus combat feat in addition to those gained from normal advancement. These bonus feats must be ones that affect or improve his defenses or melee attacks. The agent must meet the prerequisites of the selected bonus combat feat.

Drink ’til You’re Great at It (Ex)

At 7th level, an agent elite chooses one skill. When he uses drink ‘til you’re good at it with that skill, the agent elite also benefits from its skill unlocks as if he possessed the Signature Skill feat and ranks equal to his agent elite level. He can choose a second such skill at 12th level, and a third at 17th level.

At 11th level, an agent elite is immune to fear as long as he has at least 1 point of drunken inspiration.

Drink ’til You’re the Best at It (Ex)

At 17th level, an agent elite adds his full agent elite level to his result when using drink ‘til you’re good at it at it.

At 20th level, an agent elite can use inspiration on all skill checks—even ones he isn’t trained in—and all ability checks without spending inspiration.