Two large pincers grasp at the air before this sleek creature, while a finned tail bristling with a long, thin stinger rises from behind. 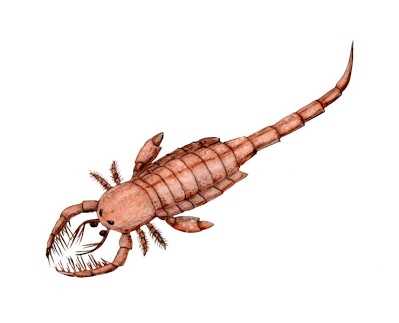