A ghoul hound that hits with its bite after making a charge attack on all fours can attempt to trip its opponent (+4 bonus). This trip does not provoke attacks of opportunity.

A ghoul hound can run on all fours at speed of 40 feet if it doesn’t hold or carry anything in its hands. When running on all fours, it is treated as if it had the Run feat. 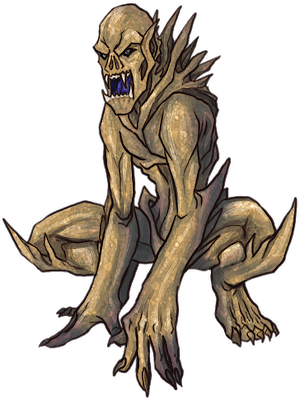