What at first glance appears to be a harmless statue is actually a dangerous monster trapped between one second and the next.

When observed through magical means for at least two minutes, a pendula can create a clone as a full-round action through the magical sensor. This ability functions once for each sensor observing the pendula. When complete, the clone comes to life as its own pendula.

As the spell. A pendula cannot otherwise move and relies on dimension door to get around.

A pendula cannot act while being observed by a creature, except to use clone or statue. This includes magical scrying. This ability counts as a curse that grants the pendula its other extraordinary abilities. Only a carefully worded wish cast during a timestop spell can remove this curse. If the curse is removed, the pendula becomes a celedeen.

As the spell statue, but the pendula uses it constantly.

A creature slain by a pendula does not die, but is instead transported back in time a number of years equal to twice the pendula’s hit dice. The creature appears, fully rested, in a safe place within 1 mile of its current location. Meanwhile, the creature ceases to exist in its current time period and can only be returned with a carefully worded wish spell. Creatures affected by this ability often find it safer not to interact directly with their past selves or those around them until after the triggering event, as doing so can cause horrible complications
(see sidebar: Time Travel in the Kingdom of Monsters). The GM has final say regarding these matters.

A pendula can act during rounds of apparent time in a time stop. A character in a time stop can affect the pendula normally with attacks and spells, and vice versa. 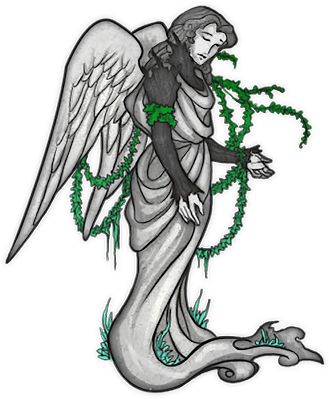 Time Travel in the Kingdom of Monsters

The Kingdom is not only home to powerful monsters, but also strange events that have been documented throughout its history. Some attribute these strange occurrences to the presence of monsters such as celedeens, pendulas, and timeslayers. Each of these creatures have strange abilities that allow them to travel through time, alone or with others.

The end results of time travel are always unclear, but one constant has presented itself. Direct interaction with one’s past self or those around them ends badly. Tales persist of madmen rushing into bars to warn a hero of impending danger, only to wind up disappearing into nothingness or driving the would-be adventurer to act against his nature and get himself killed.

Other times, those who travel back are ultimately revealed to be either the villain all along or the benefactor of the party, attempting to help in some minor way while not disrupting the flow of reality. Occasionally, a hero who lives long enough
to continue adventuring may show back up to join the party moments after his past self is sent through time. A little older, and a lot wiser, such a hero can still be a valuable member of the team.