This bipedal reptile has a rounded, dome-like head adorned with bony frills and ridges. 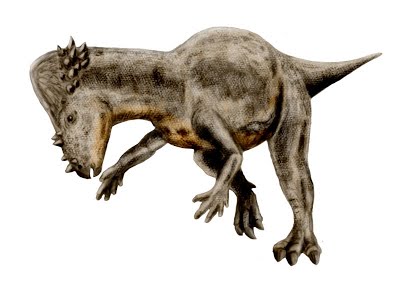 A pachycephalosaurus is a normally peaceful dinosaur that grows irate and violent during mating season or when its herd is intruded upon by potential predators. The dinosaur’s skull has a distinctive dome-shaped crown surrounded by numerous bony horns—this, combined with the dinosaur’s powerful, compact neck, allows it to make battering-ram-like charges capable of inflicting great damage.

Pachycephalosauruses grow to a length of 15 feet and weigh 1,400 pounds.