Welcome to the Void.

Some people look to the stars and wonder what they are, what they mean, and what is out there.

Your characters are about to find out.

Welcome to Starjammer, a wild ride through the void built upon and compatible with this game. This tome is over 200 pages of star-exploring options, including:

GET IT AT THE OPEN GAMING STORE NOW!

Take to the stars and begin your adventures either on your own or with a hearty crew of brave friends.

Explore the infinite reaches of the void or bring a bit of the stars to the games at your own table today! 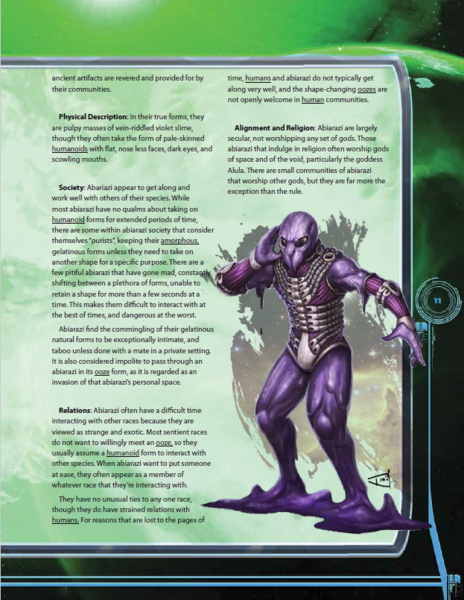 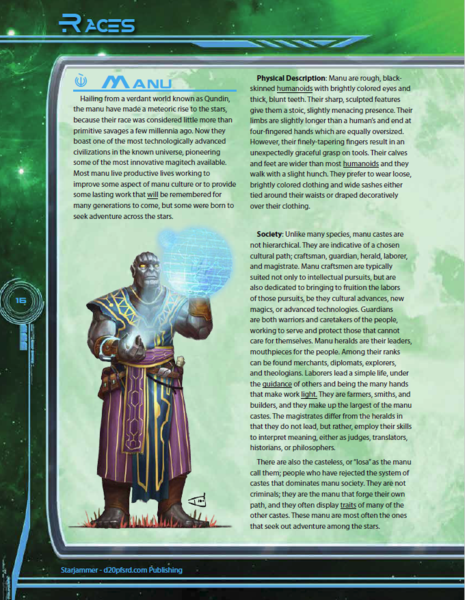 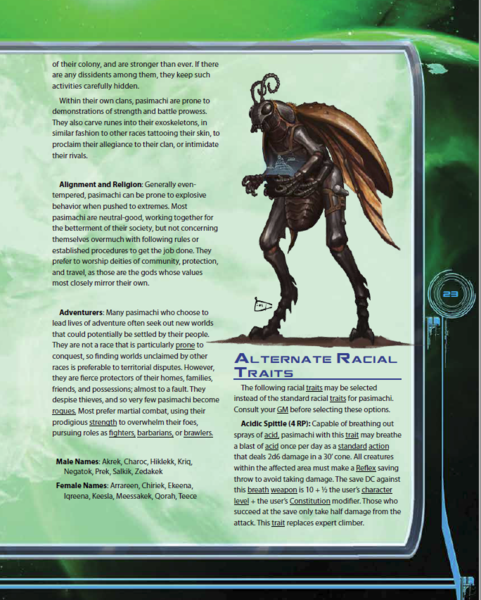 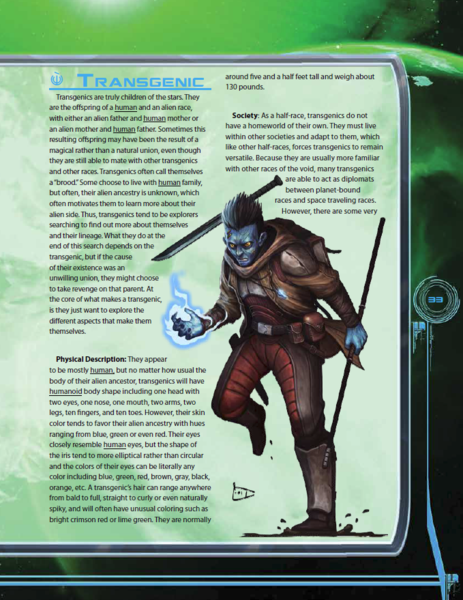 Starjammer Preview #2: The Worlds of StarJammer

The Worlds of StarJammer

Recently with the announcement that I am the project manager for the StarJammer project by d20pfsrd.com Publishing, people have been peppering me with questions regarding the new system/setting. They are excited about the possibilities of a space-faring campaign for their players and characters and I am just as excited for them. I love answering the questions and building the fire for such an exciting product.

One of the big questions I keep getting asked though… is about OTHER Settings. An Example…

“After you are done with StarJammer, I would love to see a Dragonlance© setting. Something where dragons are a dominant force and there is little to no godly influences.”

“Dark Sun©. Once you are done with StarJammer have you thought about doing a Dark Sun© type setting? Something gritty and realistic?”

THAT my friends… is the joy of StarJammer and StarFinder© (the Paizo© product coming out next year).

You can have ALL of those settings within these space spanning universes, as you have an infinite number of worlds to explore and create in the image of your favorite campaign setting.

“Are you a fan of Golarion©?” It’s out there somewhere. “Forgotten Realms©?” Yep.. over there on the right. See it? Second star on the right and straight on til morning.

“What about Earthdawn©, or Mystara©, or Birthright© or Gamma World© or Car Wars©, or Shadowrun© or Ponyfinder©, or Shadows over Vathak©, or ANY NUMBER OF GAME SYSTEMS and GAME WORLDS.”

If you can think of it, then it is probably there somewhere in the vastness that is the universe.

There is absolutely nothing saying, nor will there, that your favorite campaign setting is not a little work and a light year distant.

With a good helm, a good crew, and a good solar tailwind, you could be there in a few weeks to a few months.

Then… the adventure truly begins.

Note all of the copyright symbols. I know this is a post to a public forum and I know I am not going to get my butt sued for it. BUT, I respect the copyrights of those companies and more importantly want to point out that they are owned by others, not myself, not John, nor anyone other than the actual owners of those properties.

Starjammer Preview #1: The Races of StarJammer

The Races of Starjammer

The races are moving along well, getting nipped here and tucked there as we move toward layout and eventually publication. I thought I would share one of the things that make Starjammer something that you will want to pick up.

Although humans, elves, dwarves, tieflings, halflings, other-lings, and more have migrated to the stars none of them will have more of an impact on your travels than the aliens that you not only encounter, but those that can be part of your crew.

So here you go. A brief glimpse at our races. Courtesy of Peter Ullmann and Kirby Flake, the primary writers of Starjammer. So far these are the races that we have discovered while exploring the solar systems surrounding our own star. When you get a ship and get out there exploring, will you find new ones?

The abiarazi are a race of shape-changing oozes that can take on the form of other humanoids. They have latent psychic abilities and a voracious appetite. Abiarazi find the concept of ownership an oddity; a quirk shared by other races. However, they understand all too well the concept of consumption, and whether it’s an entire store of foodstuffs or planetary resources, abiarazi are hungry for more.

Racial feats are interesting for a race of oozes. Take Gelatinous Constitution which, due to your malleable nature, gives you a + 2 bonus to saves versus paralysis, poison, stunning, and of course polymorph effects.

Hailing from a verdant world known as Qundin, the manu have made a meteoric rise to the stars, in light of the fact that their race was considered little more than primitive savages a few millennia ago. Now they boast one of the most technologically advanced civilizations in the known universe, pioneering some of the most innovative magitech available. Most manu live productive lives working to improve some aspect of manu culture or to provide some lasting work that will be remembered for many generations to come, but some were born to seek adventure across the stars.

The Technician is a unique investigator archetype that is only available to the Manu. Unlike your standard investigator that goes out solving riddles and mysteries, the manu investigator spends her time delving into magical lore. There are just as many secrets in a magical recipe as there are in a star port.

After devastation rained down upon their homeworld in the form of a massive meteor shower that destroyed an entire hemisphere, the surviving pasimachi took to the stars to ensure the survival of their race. Having colonized three new homeworlds since, the pasimachi have forged a greater bond as a people and are one of the most unified races in the known galaxy. They have waged no wars against one another and have developed a hive-like culture in which all pasimachi are considered kin and any conflict with those that are not pasimachi are faced collectively before resolving conflict between each other.

These six-foot tall beetle-like humanoids have had a tumultuous life and have learned from it. Despite their hardy nature they are generally peaceful creatures that simply wish to explore. Their alternate racial trait of acidic spittle certainly makes them formidable foes should someone raise their collective ire.

Transgenics are truly children of the stars. They are the offspring of a human and an alien race , with either an alien father and human mother or an alien mother and human father. Sometimes this resulting offspring may have been the result of a magical rather than a natural union, even though they are still able to mate with other transgenics and other races. Transgenic often call themselves a “brood.” Some choose to live with human family, but for others their alien ancestry is unknown, which often motivates them learn more about their alien side.

Our star-children are at home in space more than they are on any terrestrial body. Their Void Survival abilities even make it possible for them to endure the harsh environment of deep space without magical protection for brief periods of time!

The races of StarJammer are only the tip of the comet. We still have to talk about:

Perhaps next time though. Right now I have a world to design.